Revealing the righteousness of God

THE GOD ON TRIAL SERIES

All our books are free to read on this website, where they can be translated into any language using the Google Translate function in the sidebar on the right. They are also available on Kindle and paperback on Amazon. We thank you for supporting our ministry by purchasing our books or by donating.

BOOK 1: THE DEMONIZATION OF GOD UNMASKED

Better translations for  the following languages:

BOOK 2: GOD ON TRIAL: HAVE WE BEEN LIED TO? IS GOD A KILLER?

The second book in the God on Trial Series, God on Trial: Have We Been Lied To? Is God a Killer? is an in-depth study of Satan’s initial rebellion against God. As this study unfolds, the reader becomes aware of the true meaning of the two Trees in the Garden of Eden, and what they symbolize. Soon it becomes evident that Satan’s has so deceived us about who God is that in order to unmask his lies it became necessary for God Himself to come down to the earth to remove all the lies the accuser had levelled against Him. Finally, it becomes quite clear that Lucifer’s rebellion affects each human being intimately, and that just like Adam and Eve, we each still have to make a choice between the Tree of Life and the Tree of the Knowledge of Good and Evil.

For the following languages:  SPANISH   GERMAN

STUDY GUIDES AVAILABLE FOR THIS BOOK

BOOK 3: “THE WRATH OF GOD” UNMASKED

Our third book in the God on Trial Series, “The Wrath of God” Unmasked, deals with one of the most misunderstood and misrepresented topics in the Bible is the “wrath of God.” God punishing sinners in “wrath” is a recurring theme that runs throughout the Bible. The “wrath of God” has puzzled the human race for millennia, and not surprisingly, for how can one harmonize “the wrath of God” with the love of God? Isn’t this a most puzzling paradox? And yet this is a highly important subject, one which every human being needs to know and understand. 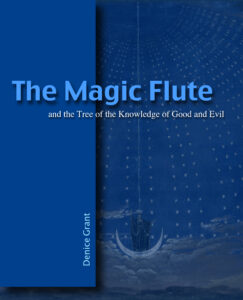 Wolfgang Amadeus Mozart’s Die Zauberflöte, set to Schikaneder’s libretto, brings to the forefront the Enlightenment models of light and darkness, good and evil. The traditional understanding of these concepts pits light against darkness, and good against evil. This thesis contends that Die Zauberflöte is a work which portrays a system that contains both good and evil, rather than one that depicts the clash of good against evil. The ancient Pythagorean Monad and Dyad explain this concept. The Monad, a single number, represented an indivisible principle said to belong to the Olympian Creator Gods, while the Dyad, a dual, divisible law, represented a principle which contained two opposing forces. This principle was the property of the demiurges, who, according to the ancients, rule the earth. The main purpose of the law of contrary forces is to enforce order, and it accomplishes this goal through a system of merit and demerit, rewards and punishments. In this paradigm, Sarastro and the Queen of the Night are symbols of Osiris and Isis, the Egyptian gods who formed a unified godhead operating by the law of opposing forces. Part of this godhead is also Typho, Monostatos in the opera, the representation of pure evil. The significance of ancient Egyptian mysticism is stressed in this study for a better understanding of the opera. To that end, three of the main sources for the libretto, the fables of Dschinnistan, Ignaz von Born’s Über die Mysterien der Egyptiens, and Jean Terrasson’s The Life of Sethos are explored. In addition, the writings of the Freemasons as well as eighteenth-century literature and philosophy are examined to ascertain the degree to which the system of contrary duality was relevant in Mozart’s time.

COVERING CHERUBS: WHO ARE THEY? 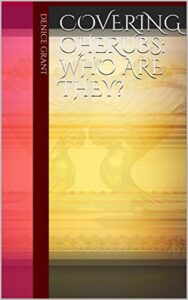 Who are the covering cherubs? Does it matter?

Our Site is Secure